Round One Is Behind Us 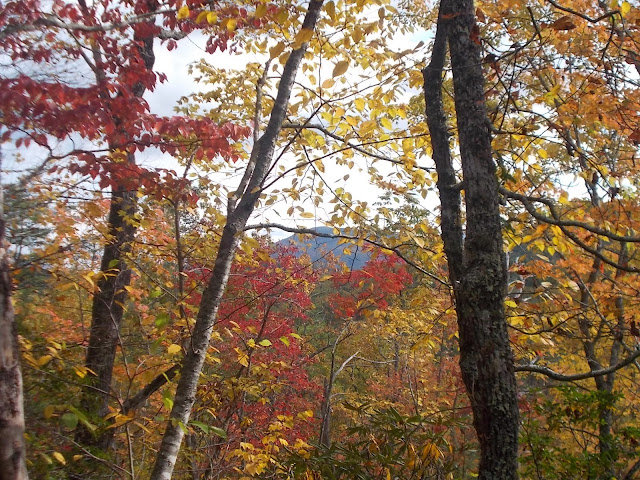 For my precious blog friends who know me well enough to notice the date on the picture, YES, I did indeed, take that picture myself which means one thing.....I WENT HIKING YESTERDAY!  But that report will have to come later because too much else has happened in between my last post and yesterday.  But please know before you read on, that Bill's "recovery" period between chemo treatments did finally occur and the fact that I was able to hike yesterday means for the moment, things are going well!

I cannot thank you enough for your positive thoughts and well wishes from my last post. It was hard to write and the question always comes up regarding how much you REALLY want to share on a blog.  For me, the answer to that is found is the title of this blog.  I write about the gains and I write about the losses!  Thank you for staying with me through both!

There is no way to sugar-coat the fact that cancer is evil and chemo is hell!  We went through nine days of a misery neither of us have ever experienced and one that no one could adequately anticipate or prepare for.  We learned many things and it is our prayer (please make it yours as well) that those lessons will help during round two.  There is simply no need to go into a lot of detail here, but one thing we do know is that our love and support for anyone going through chemo or facing it has changed.  If you EVER, for as long as you read this blog or are in my life, have questions or have to face this, please know that I will be here to help in any way I can.  I will call you, I will email you, I will come to you if I can.   The good news for now is that we also know a "recovery" period does come.  We had our doubts those last couple of days when Bill was so ill.  And just as the doctor said,  it turns around quickly and the recovery period kicks in.  It really was as instant as being so sick he could hardly raise his head off the pillow to waking up the following morning, looking around and saying, "I feel different."  He will have had a week's reprieve before his next treatment period begins.

Having said all that, we've also learned much about chemo treatment itself.  There are currently more than 50 medications used as part of chemo "cocktails."  Every person is different, every patient is different, there is a different protocol for every type of malignancy.  We've heard many testimonies of people who were never sick, didn't lose their hair, never missed a beat and flew through the whole treatment process with flying colors.  Should you or a family member ever have to go through this, we would hope and pray that your treatment combination would be one with those kinds of results.  We were told from the beginning that Bill's treatment was considered one of the most aggressive, that his malignancy was better attacked with a "blast" and therefore, his side effects would be greater.  As of yesterday, he has lost his hair which we knew was a sure thing, but wasn't expected until sometime during round two.  Now that it has happened, we've both realized we were dreading how and when that would happen, so having it happen so quickly became a blessing in disguise.  It's over, it took me about five seconds to decide he looks kind of cute with the Mr. Clean thing going on and I cannot say enough about the stylist at his hair salon who wasn't phased when we flew in yesterday afternoon saying, "help!"

As for me, yes it was hard!  I did my crying while he was sleeping, but I make no bones about the pain of watching someone you love suffer so.  Many of you understand that feeling of knowing you'd trade places with them in a heartbeat if you could eliminate their pain.  I did lose weight - obviously, not in the correct way, but while he was so sick, I couldn't stomach the thoughts of eating anything myself plus doing anything that created an aroma was out of the question.  Fortunately, once his appetite returned, mine did as well.  Just wish he could gain the weight he lost as quickly as I've gained back the weight I lost.   Ahhh, but as we know, some things never change!

Thank you again for your comments and emails!  I will update as I can.  I thought I'd have more time to write and I probably did.  But I found that having the time to do it and finding the motivation to do it were two totally different things!
Posted by Sharon at 5:30 AM 20 comments: 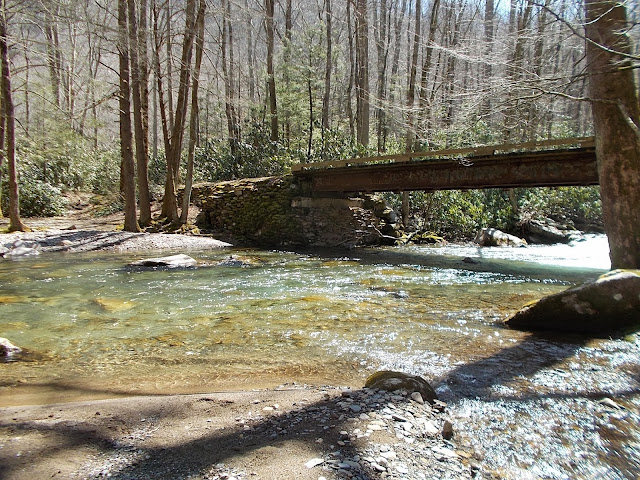 Since no human has visited the GSMNP (legally, that is) since October 1, I bet there's a family of big black bears that have taken over this amazing lunch spot my hiking bud and I enjoyed last April.  It was a perfect day as the hike was worth every step and enabled me to mark another trail off my map that I'd been wanting to do for a long time.

This post brings answers to questions and news I'd hoped I wouldn't have to tell.  My sweet Bill has been diagnosed with a malignancy in his neck.  Because his explanation to a group of his friends is so much better than mine, I am going to copy and paste it below.  It is lengthy and if you choose not to read any further, please know that I understand completely.  The blogging community is unique in that we find each other through a common interest and develop a friendship from there.  You came to this blog looking for a weight loss/healthy living source of encouragement.  Some came because they enjoyed reading about our travels and my hiking.  Some came because you are our personal friends and for some odd reason, get a kick out of reading the stuff on my mind that comes out through my fingers. I am acutely aware that NONE of you came to read about a journey through cancer treatment.  I can't promise what this blog will be from this point forward.  I will be honored if you choose to stay no matter how much or how little I post, but I do understand if you choose otherwise.

What amazes me is these words are completely honest and sincere.  To say we are both stunned is putting it mildly.  No way did we EVER expect this and there was no indication of any problem.  We believe nothing happens by chance and we certainly believe that circumstances were orchestrated so that this would be found before it grew any more.

Yes, we have both had complete meltdowns, but they don't last long and for the most part, we are just simply taking one day at a time, anxious to get his treatment started to see how he responds and looking forward to the excellent results we are told should happen.

In the way that works for your own faith journey, please remember Bill in these two very specific ways.  1) First and foremost, that the treatment works, and 2) that he is able to tolerate the chemo and continue to work.  This will be a solace for him and will keep him motivated.  He loves his work, he loves the students he teaches and he is at his finest when he is making music!

I have no intentions of abandoning the blog, but neither do I make any promises of how often I will post.  It is quite possible I will use this as a means to document our journey down this road.  We will just have to see.  You have been here for me and have been a source of encouragement on so many levels for 3 1/2 years now.  How could I think this will be any different?